Whether her works be a series of paintings, digital films, behavioural installations, shown in a traditional way or in a context (garden, architectural settings, landscapes), painting is the common denominator, claimed from the heritage of artists such as Monet, because of his treatment of colour and his global conception of the artistic process, Viallat and Supports/Surfaces for their deconstruction of painting, Richard Long and Penone for their questioning on the relationship between art and nature and Opalka for the incarnation of concept in his work. Since 1998, she has devised a creative process whereby, after isolating each color, she then sets it within an organic progress, reusing this unique shade in an infinite range of actions: Squares, Drops, Samples, Grounds, Rags, Chords, Palettes, Colours, Fabrics, Paintings, and her digital works… all have their source in the same matrix. Born in Strasbourg, Caroline Coppey presented her first individual exhibitions there in 1992 and 1996. In the year 2000, her exhibition in the public gardens and museum of Bar-le-Duc, and then in the Kunsthalle of Erfurt, led to the publication of a catalogue. Since then, she made every year at least one solo exhibition, specially these last years : Bibliothèque Aragon, Choisy-le-Roi/ Maison des Arts, Créteil/ Galerie Proarta, Zürich/ Jardins et Hôtel de Ville, Moissy-Cramayel/ Grange et Jardin de l’Atelier Blanc, Villefranche-de-Rouergue/ Espace Paul Eluard, Maison du Temps Libre et Lycée Utrillo, Stains/ Mairie du 8ème Arrondissement, Paris/ M. de Cronenbold Foundation, Bad Soden/ Parc du Château de Monte-Cristo, Marly-le-Roi/ Galerie Alexandre Cadain, Paris/ Moulin des Arts et Sentier des Arts, Saint-Rémy de Rouergue (catalogue)/ Maison d’Hélène de Beauvoir, Goxwiller/ Hôtel-Dieu Marguerite de Bourgogne, Tonnerre (catalogue) / Centre d’Art Aponia, Villiers-sur-Marne /Passage de Retz, Paris / Philharmonie des Couleurs, Bohéries / Galerie Malebranche, Paris/ Parvis du Musée d’art Moderne et Contemporain, Strasbourg / La Pharmacie, Espace Culturel de l’Hôpital, Tonnerre (catalogue) / L’atelier-Jardins de l’Abbaye, Argenteuil (catalogue). Her works can be found in private collections in all Europe and also in Monaco, Switzerland, USA, Israël and Japan ; in public collections at the Barrois Museum, the Art School in Hénin-Beaumont, the city of Stains, the Printemps des Arts in Monte-Carlo, the Artothèque du Lot, the Centre Hospitalier du Tonnerrois, as well as in the private collections of Tilder and Vinci Immobilier and Workman Turnbull companies. Interested in holding a dialogue with other artistic fields, especially with music, C.C. has produced the scenography of the music festival Les Musicales (Colmar) in 1999, and in 2002, that of the composer Franck Krawczyk’s concert in the festival Octobre en Normandie (Rouen). She has created a show with the cellist Marc Coppey at the Théâtre du Châtelet in Paris in 2005, which was performed again in 2007 in Belgrade (Serbia), and Le Havre. In 2008, she took part in the concert dedicated to Elliott Carter by the Ensemble Contrechamps (Genève) for his 100th birthday with a new multimedia creation. In 2012 and 2013, the Chamber Music Festival in Giverny showed three paintings on the stage in the auditorium of Musée des Impressionnismes. In 2017, the piece « A violin for Caroline » was composed by Michèle Reverdy after a series of nine Palettes and created by the violinist Emmanuel Coppey in front of Le grand Voile (The Large Veil) in Philharmonie des Couleurs. In 2003, the Bucciali Gallery (Colmar) printed four aquatints from C.C. In 2004, Le Cube-ART3000 art center coproduced her first digital creation : Palettes 1-300, in 2005 : Echantillons, in 2006 : La Vie en Rose and in 2010 : Accords. In 2008, the Printemps des Arts Festival in Monte Carlo has ordered two works by C.C. and, in 2009, she was invited to conceive the stamp edited fort the 20th birthday of the festival. In 2009 a documentary film : « Colors of Time — one year in Caroline Coppey’s Studio » was co-realized by the artist and Le Thomas Brothers (Les Films de l’An II Company). In 2012 was born AO2C : a non profit organization called « Friends of Caroline Coppey’s Works », whose purpose is to support the artist’s work and contribute to its diffusion. In 2013 was published by L’Harmattan her thesis under the title Claude Monet : A l’école de l’œil and in 2014 was published by Les Lieux-Dits« Bleu Jour » an artistic book realised in collaboration with the poet Benoît Gréan. In 2015 two short films (4 minutes) were made by Julien Ravoux about two works by C.C. : Palettes, exhibited in Centre d’art Aponia, and Le grand Voile (The Large Veil), exhibited in hôtel-Dieu of Tonnerre. In 2017, Parcus ordered four works to be exhibited on Strasbourg Modern and Contemporary Art Museum’s square and two serigraphies by C.C. were edited in eight copies by French collector Philippe Delaunay. In 2019, C.C. received a grant from Fondation Alphonse pour l’Art Contemporain, housed by Fondation du Judaïsme Français. In 2020, C.C. was invited to realise eight digital works for the musical show « 7 Femmes et + » conceived to honour the French writer Lydie Salvayre and the women’s creations in literature, poetry, music and fine arts. Caroline Coppey completed a doctorate thesis in History, Theory and Practise of the Arts (1997). She lives in Paris and works in Choisy-le-Roi. 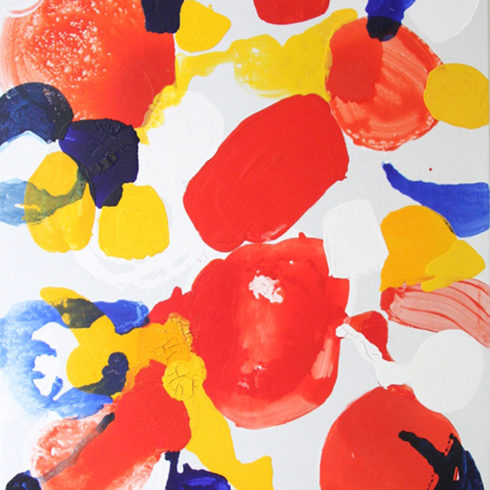 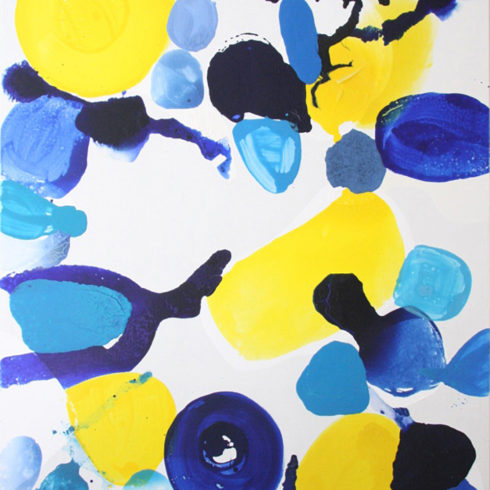 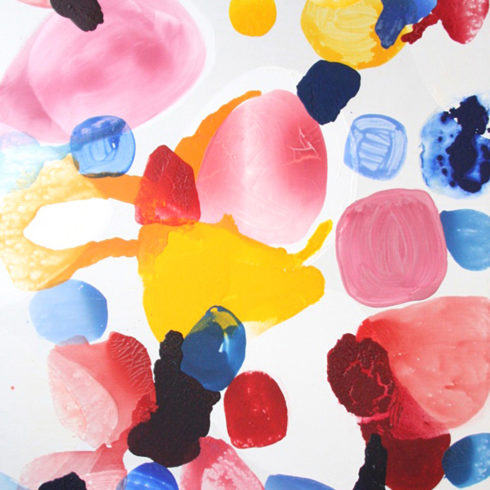